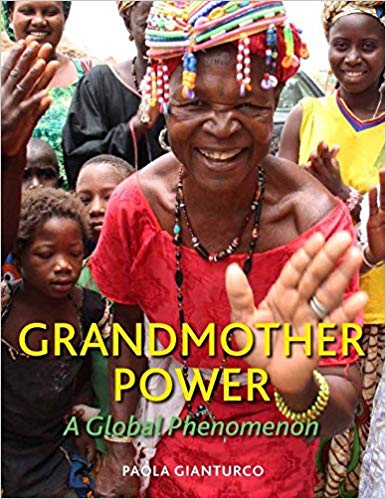 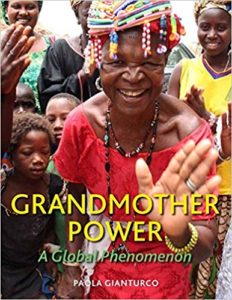 My friend Kitty gave me this book for my 75th birthday. It’s the book Grandmother Power . At first I thought it was just a sweet gesture, but over time a surprising thing happened.

I’ve been taken over by Grandmother Power.

What is Grandmother Power? I wrote about it in another blog you can consult, but basically I define it as fierce tender love. So you don’t have to be a biological grandmother, or even a woman, to experience it.

Have you ever felt a protective rage take you over because someone you love was threatened in some way? It’s a force of nature, that feeling! And it makes you want to act.

For years I’ve felt the slur “bitch” should be regarded as a compliment, since a bitch is a mother dog who gives birth, cleans and feeds her young, and yes—will bite the hand of anyone who threatens her young.

I felt Grandmother Power rise up in me while hearing news about children in a detention center who were separated from their parents, held in a separate detention center. “Not on my watch” was my response.

Grandmother Power is also a sacred energy referred to by indigenous people all over the world for centuries. The moon is regarded as Grandmother in Native American cultures. The “Grandmothers and Grandfathers” are the ancestors who whisper their wisdom to us when we meditate or pray. Natural features like trees and mountains can carry Grandmother energy.

I believe this kind of Grandmother Power offers some opportunities for this chaotic, troubling time we live in:

These are just three suggestions. What are your ideas?  Think of completing these sentences:

“Out of my love for the children of the world, I would like to take this action in their behalf: _____.”

What are your heart’s responses? I would love to hear them.  Please use the hashtags #grandmotherpower and #notonmywatch.