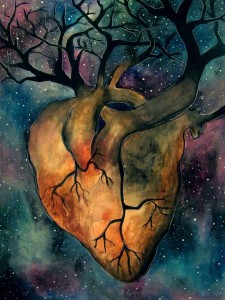 I love teacher, Lynne Twist’s observation that in these times, it is the role of those on a spiritual path to “do hospice for the old order, while serving as midwives for the new.”  (Lynne Twist) If you are one who believes that the earth and our species are in the midst of a great shift, then this observation can help us digest all that is going on.

As I watch the chaos and comedy of our political scene and the potential disintegration of the Republican party, it helps to think that we are watching the painful death of the old order. After all, who said it would go out without a whimper?

While it appears that things are worse than ever, and that the brash, juvenile, heartless approach of The Donald is evidence, perhaps the opposite is true. What if these are death throes? After all, even those who were “on his side” are finding him intolerable.

Even though on the world scene there is unthinkable violence, perhaps even the incidents of suffering refugees, terrorists crucifying their critics and Chinese mega companies raping the Amazon rainforest are last, frantic gasps of the old order.

The old order is the one where winning is everything, where money rules, where the end justifies the means, where power and force are synonymous. This is not the order that visionaries are dreaming into being. It’s an order that is dying—but not without an enormous, probably prolonged fight.

How do we do hospice for this old, dying order? It’s hard, but spiritual leaders tell us we must have compassion. These are people who are afraid, grasping for control, telling themselves a false story about how right they are. They are in the grasp of the ego.

And the truth is, every one of us struggles to avoid the grasp of the ego. Every one of us experiences being afraid, grasping for control and telling ourselves a false story about how right we are. So even though we are tempted to be morally superior, we are actually connected to the humans whose behaviors we deplore.

Sufi teacher Jamal Rahman points out the important difference between behavior and essence. We can absolutely reject reprehensible, abusive behaviors while remembering that people we think we hate were born children of God. We can draw a line in the sand while not exiling any soul from our hearts. This is like rubbing our heads while patting our stomachs, but it is possible.

And, I think it is what is required now. If we truly believe that love is the answer, that real power comes from the heart and not the fist, then we must stop the hate. Every time we vilify an enemy, we perpetuate hate and fear. What if we kept drawing lines in the sand while sending every supposed enemy love and peace?

This is what heart-centered leadership must look like. And it is how we act as midwives for the new order. I have to believe in the dream of a day ( one I may never see) when force will seem outmoded and weak compared to love, which will be the new currency, the new form of abundance.

We have it in us. This is the time to dig deep for it. We need to persistently seek for love in everything, especially in our own hearts. We are indeed the ones.