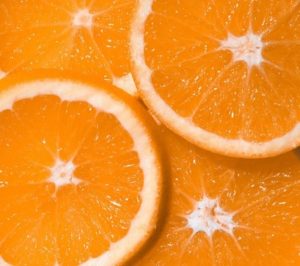 What in the world could be the connection between these three–and oranges?

Well, like all of America and maybe all of the world, I’ve been thinking a lot and feeling a lot about guns and violence, and wondering what can be done. And though I don’t have answers, here are some thoughts about healing the divide.

I’m a two-time breast cancer survivor and the third generation out of four to go through this journey. My mother and grandmother died of breast cancer, and in 2016, my older daughter was diagnosed and treated. And so, a disease has run through my lineage that needs healing.

The same is true for our country and for the world. For generations, violence has disrupted our potential to live peaceful lives. And now, the symptoms of the dis-ease have erupted into a great divide: between conservatives and liberals, or pro vs. anti gun control.

Do we really want to perpetuate a war between these two approaches? I think this will lead toward more violence, inner and outer. What the real healing will be is a mediation, a union of the two. Just as it is in a troubled marriage.

Mediators ask us to look beneath the positions people take and to discover their real interests. Fighting over an orange? Don’t rush to just cut it in half as a settlement. Why does each of them want it in the first place? One may want the juice and the other the pulp. The orange turns out to be the common interest, not the source of conflict.

What does each side want in the argument over gun control? I would venture a guess that the common interest is in protection. Of course we all want to be protected.

Let’s begin by just breathing into that. The argument isn’t over that. It’s about how to best protect.

So let’s begin the mediation with compassion for all those who are afraid. Fear blocks real reason.

When we have compassion for our own fear and compassion for another’s as well, we can begin to move toward the next step. Which is to take a serious look at what is working and what is not working to protect us.

That conversation is being furthered right now by the young people affected by all that has happened. Let us keep our hearts open in compassion as the conversation—the mediation—moves forward.